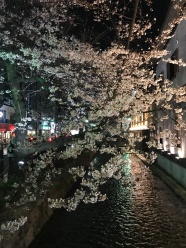 I started writing this last year a little over a year ago in my time living out of a suitcase trapezing through the world. I meant to write each month to reflect on the year past, but my brain has not been operating at full capacity with the pandemic last month.

Today marks 46 days of not talking to anyone in person other than saying hi to building staff and store clerks. I’m certainly not being able to fly anywhere I want. The lesson I learned that month feels urgently relevant.

Japan evokes complex and more personal feelings than any other Remote Year destination. My first international trip was to Japan when I was kindergarten or so, following that my first trip to Taiwan. My own story in a larger historical context involves Japan’s colonization of Taiwan and pillage of China and Asia.

What I learned is how some places can be advanced but backwards at the same time. Development factors are not longer linear. Societies can be glittering but stacked rotten moribund layers, even if they have the resources to change them. I really feel that living in COVID-19 overrun America now.

As I moved through the world, I could feel that gaps between the so-called developing and developed world closing rapidly. In some aspects, countries we consider less resourced or advanced are able to do some things better than the so-called rich developed West. The US and Europe feel a lot less special. Latin America feels more like United States and vice versa. Asia feels like the future. Well except for Japan, where it used to feel that way.

That paragraph I wrote a year ago feels so prescient given how COVID-19 called America’s bluff, and Japan, the world with the oldest population, has been vacillating in terrifying denial.

I learned Places Can Be Advanced But Backwards. The world no longer consists of a dichotomy of First World Superpowers or Third world Banana Republics. All places now have spaces in between. In a way, you can look at COVID-19 as the natural result of places that have Third World wet markets literal blocks from affordable First World Global transit. Medellin has one of the world’s most innovate public transit systems. Vietnam, a competent public health infrastructure. I actually got vaccines and needed medical treatment while in Vietnam, and while the buildings felt a bit dilapidated and communist era, it has a competent, courteous, and efficient staff. I felt completely safe and taken care of. Both places look like what we’d in the US consider Third World, but I wouldn’t give gold stars to America for public transit or public health. This is the world we live in now.

But back to me in Japan 2019. For so long, we Taiwanese looked down at ourselves through colonialist lens and inferiority complex, especially to Japan. I’ve been on trips with Taiwanese people who look at the clean streets and organized crisp lines in beautiful Japanese cities and say “well we lost to them here.” I have a very distinct memory of that one beautiful summer in the 2009 walking along in Hokkaido hearing those remarks from older Taiwanese travelers. 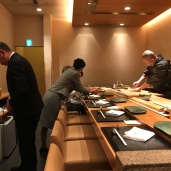 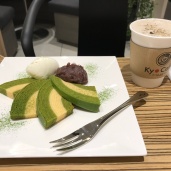 Japan still is what I’d consider the only place in Asia that truly feels first world to American eyes, and it feels a lot of a lot more first world than the US – safety, on-time trains, and the like, but the mentality is what I consider truly backwards. The treatment of women, the work culture, and the unanswered questions of war crimes and colonialism still haunt Asia. I’ve spent a lot of time in Germany, and the contrast could not be more apparent.

I remember reading about how when Riz Ahmed stares at the grandeur of London, he remarks “My blood is in these bricks.” When my mother came to visit, we walked by a temple and she pointed out how they took people from Korea and Taiwan during the colonial era to build these temples. Now, tourists all over the world go to Kyoto to admire them. Hiroshima has a monument to Koreans killed by the bomb and vague references to the “Chinese sacrifice” in the war devoid of some important context.

For too long we have felt inferior to them, and no. Not anymore. Don’t get me wrong, I really love going to Japan and as a Taiwanese-American, I feel an undeniable connection to the culture because of history for better or worse. I’m grateful for the generous hospitality I’ve experienced in Japan and look forward to visiting again. Sushi is always on the menu for Thanksgiving Dinner at my house. But Taiwan has a female President and is an exemplar of tech innovation handling COVID-19.

Meanwhile, I’ve spent the last several weeks in shutdown NY, listening to sirens that have thankfully slowed down. More than 13 thousand people have died here, four times the number on 9/11. I literally live two blocks from the 9/11 memorial, so this is palpable for me.

I’ve talked often about how I love working in the US, but I’d love to live in Asia. America is the land of Google, Facebook, Apple, Amazon, the NBA, and scrappy immigrant dreams. People from all over the world flock to work here to build dreams and empires. Here you can get the highest salaries, live how you want, and be embraced for it. The cost is the risk of living in a decling empire. But I’m used to American salaries and perks, a bit too Gordon Gekko and Patrick Bateman. I’m a fat American, an Asian woman who literally can’t fit in Asia. Ironically though, Taiwan has become kind of this progressive wonderland run by competent people at a societal level even though I can’t live there.

To me, what it feels like the US has lost a collective confidence and a willingness to yield to the extreme voices rather than bold ideas for the future. We’re a rich country that feels like a poor country, the World’s First Rich Poor Country. I remember pre-9/11 America and miss it.

I’m watching what I learned about Japan now mirrored. The country of my parents’ birth and where I still hold a passport feels like a nice place to go now. But I love New York, and have chosen to stay. I love the good things about America, especially the opportunity to live shoulder to shoulder with multitudes of restless ambitious people from around the world who have chosen to make this place home and dreams come true. I lament the things that are so backwards: the healthcare system, gun violence, and repetitive cycles of racism.

Inequities have grown more extreme within countries and globally. I felt that viscerally in Japan and in this moment now in the US. This is not a lesson I wanted to live through again this way at the other end of it. Countries can be progressive and advanced but backwards and regressive at the same time, and unfortunately it depends where you sit in society whether you’re in the good or the bad of it.

I’d see people lined up as if Kuon was the hottest club in town when I’ve leave my hotel (Intergate Kyoto – highly recommended with great food, coffee, and tea) to go do work at my to the hipster workspace. I’d be bummed and curious because I had to get my day started. Turns out the place had just opened and been featured on Japanese TV so people wanted to check it out. 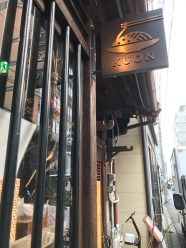 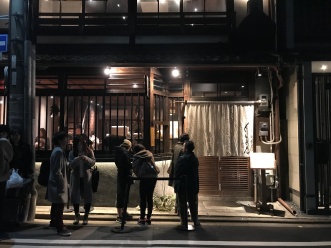 I ended up getting a table for two with no issue right as they opened for dinner. Come here in the evening if you’re on vacation so you’re not competing with the office lunch crowd, bored housewives, and retirees during the day. I ended up going here multiple times during my stay in Kyoto despite it being one of the pricier choices for a casual meal.

Udon has what we Taiwanese term that QQ flavor, 嚼勁, or that rich al dente texture but still with that softness inherent to udon. Really high quality noodles paired with sauces and curry. It’s one of those places where the ingredients are such a cut above the rest and why people come back after waiting in line. They boast that their curry consists of over twenty spices and udon carefully sourced. Even the side dish of rice with egg tasted exceptional.

I’m a meat eater, but I have to say the vegetable dishes and those versions of the set meals are a standout. Get the avocado tempura, seriously. As a tourist, I haven’t found Japanese cuisine vegetarian friendly so I recommend it for the veggie-inclined. 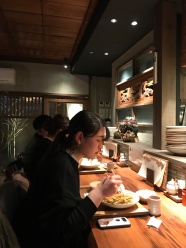 The interiors have those beautiful warm wood hues and feels like a bit of a rustic oasis in a bustling part of Kyoto characteristic of so many of the small shops running in traditional Kyoto townhouses around the Kurasama neighborhood, which I highly recommend staying in if Kyoto. One of those rare places that can be good for a solo diner at the bar or a nice date.

Service is friendly, and they have English and Chinese menus. Highly recommended and worth going out of your way to eat at in Kyoto.