Month One of Remote Year: Maniac out-of-body adventure. Month Two: Finding my emotional center grounded in a sense of gratitude and wonder. Meandering in this beautiful European city and working out of the most beautiful of workspaces felt like a gift every single day.

I also started to get to know people in the group. Still, I was very much in my head and put a lot of pressure on myself on the work I needed to get done. In hindsight, I did a lot but wish I leaned into just milling around more around Prague. Just means I have to visit again, ideally with a bit less neurosis.

As a group of mostly Americans, we really tried to lean into the America avoidance but not really, considering how much watching bad of Trump news and Kavanaugh’s nomination was done by our group of mostly women. Escapism was in order, but like with my Croatia neurosis, couldn’t help but be in historically reflective state-of-mind.

This part of Europe’s contemporary state remains tied culturally and economically to its recent Soviet past. I didn’t know that Czechoslovakia had been an industrial power, one that could have easily rivaled today’s Germany if history had been kinder to its people.

The Czech experience taught me of how it easy it is to be a victim of history, of simply being born in the wrong time, and how generations could be lost. Dictatorships, authoritarianism, and destruction are much more the norm in the human condition than the exception. For all the problems inherent in myths of American exceptionalism, it is exceptional that no large-scale conflict has been fought on American soil since the Civil War. The rest of the world has suffered on catastrophic scales.

It’s always boggled my mind how multi-generational American mindsets and especially White Americans exceptionally lean into the Just World Theory, but it made a lot more sense with the tangible contrast.

So many of the exhibits I saw in Prague and when I traveled in Germany cautioned against totalitarianism, from the twin experiences of the Nazi era and Soviet oppression. During the Centennial celebrations of Czechoslovakia, we got to experience how the two present day states were celebrated their shared history. So much of what I saw felt the last of an era was closing, and with a new era opening with far-right nationalisms brewing globally without a coherent response. I felt pretty pessimistic, especially since being a person of color with my own historical baggage – I’m the opposite of drinking the Just World Theory kool-aid to a fault.

In Germany, I walked with my co-worker through Munich, who talked about misconceptions in the US about how all Germans are taught to be ashamed of themselves because of the Nazi past. He told me a lot of that is a misconception, now used by AfD and other Far Right groups, the truth is they are told about the truth, not to forever feel shame, and that the truth has to be upheld and remembered. Unfortunately, that still doesn’t automatically inoculate them against race-baiting fake news and propaganda, though it definitely makes a difference.

Looking at the truth honestly in complex manner to understand history and therefore our current situation is something we Americans lack as a nation. 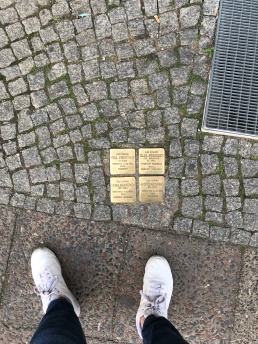 Looking back I wrote a little more than a year ago today at the end of 2019, today I feel a bit same same but different, but we have a lot more control over our destinies in the US than others, although it’s definitely eroding in the wrong direction. The lesson for me from Month Two also is, the future is not yet written for us, but we must always be mindful that our futures can be written for us. 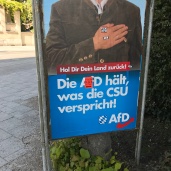